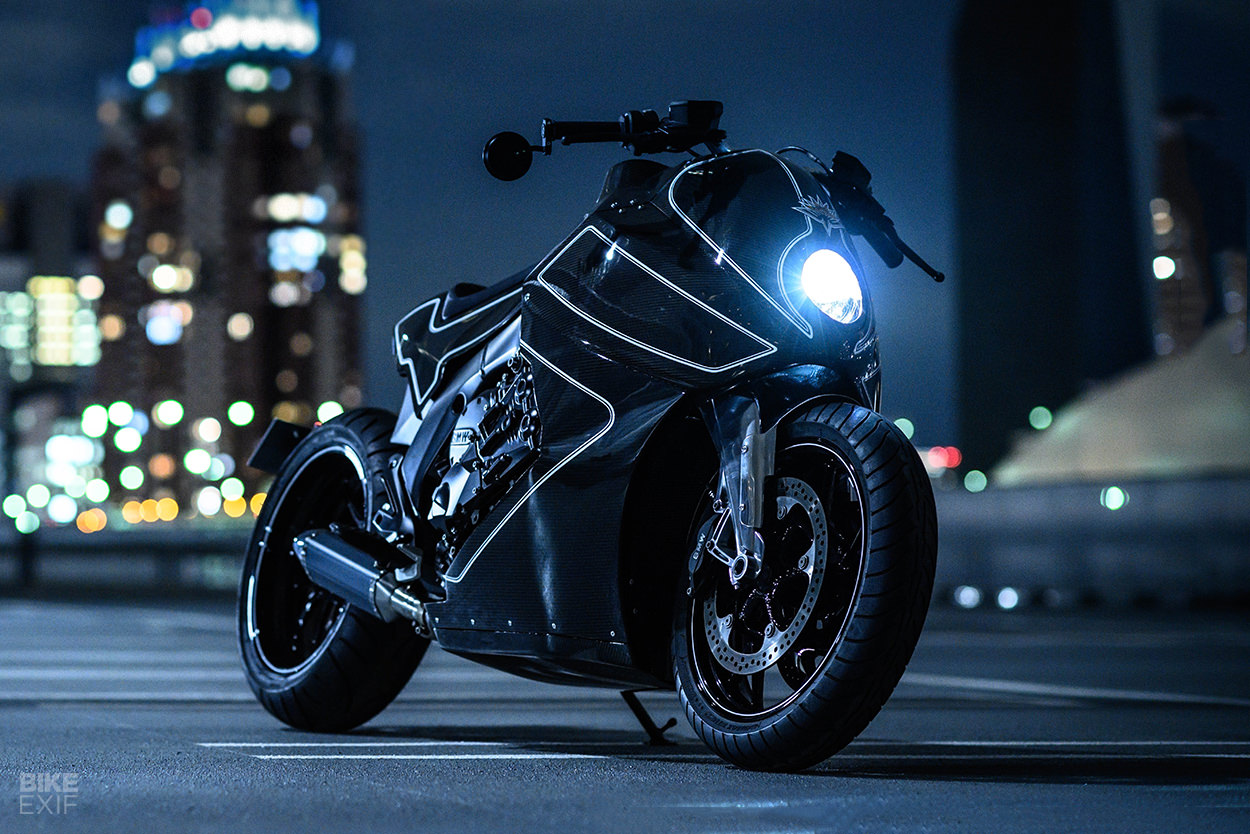 The BMW K1600 B is both odd and magnificent. Odd, because the ‘B’ stands for ‘Bagger,’ when it’s really just a low-slung variation of the brand’s popular K1600 GTL tourer. Magnificent, because it’s a totally bananas ride.

Powering it is a 1,649 cc inline-six, which makes 160 hp and absolutely howls at full chat. It sounds and feels like nothing else out there, and it doesn’t take long to get up to speed either (I’ve ridden the K1600 B, and can confirm). 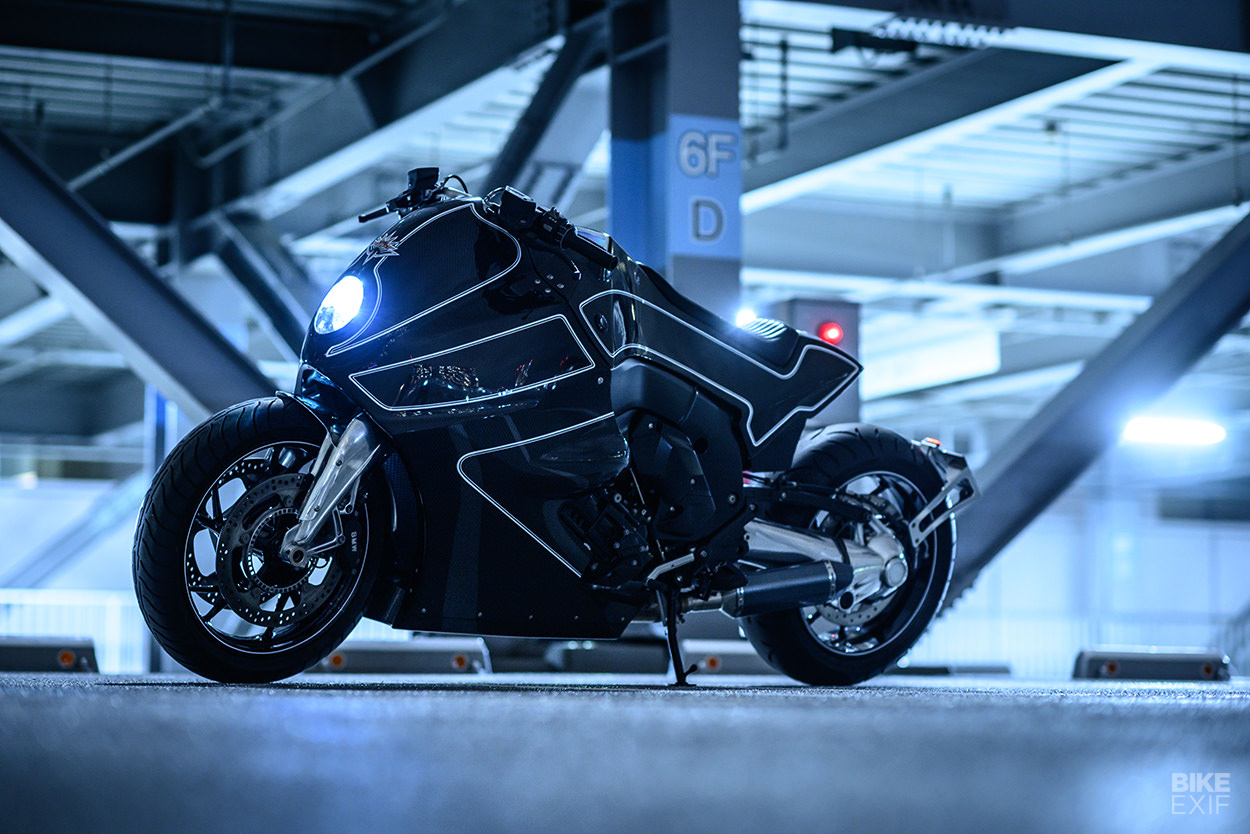 This absolutely wild custom from Custom Works Zon looks like it’s ridden straight out of a Batman movie. It takes the K’s unique personality, and meshes it with radical new looks and ergonomics.

Based in the Shiga Prefecture in Japan, builders Yuichi Yoshizawa and Yoshikazu Ueda attracted global attention in 2018 with their BMW R18 concept ‘Departed,’ which debuted at the Mooneyes show. They call this latest BMW ‘Stealth Crow,’ and describe it as “a bolt-on custom that is easy and cool.” 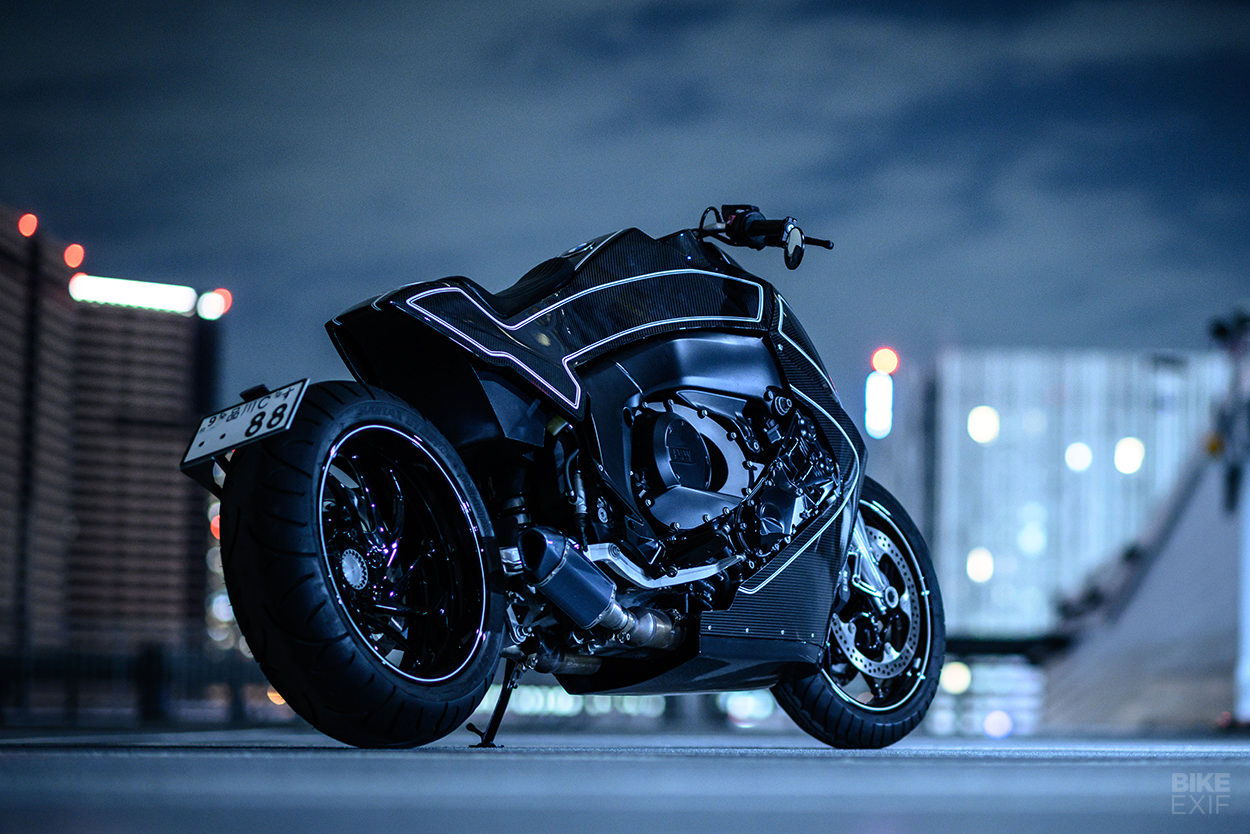 It’s a flippant statement that belies how hard this custom would have been to pull off. But everything you see here bolts on to the stock frame. The idea, according to Yoshizawa-san, is to be able to replicate and export the parts for customers to modify their own K1600 Bs.

“I think this is an opportunity to take Zon’s custom motorcycles around the world,” says Yuichi. 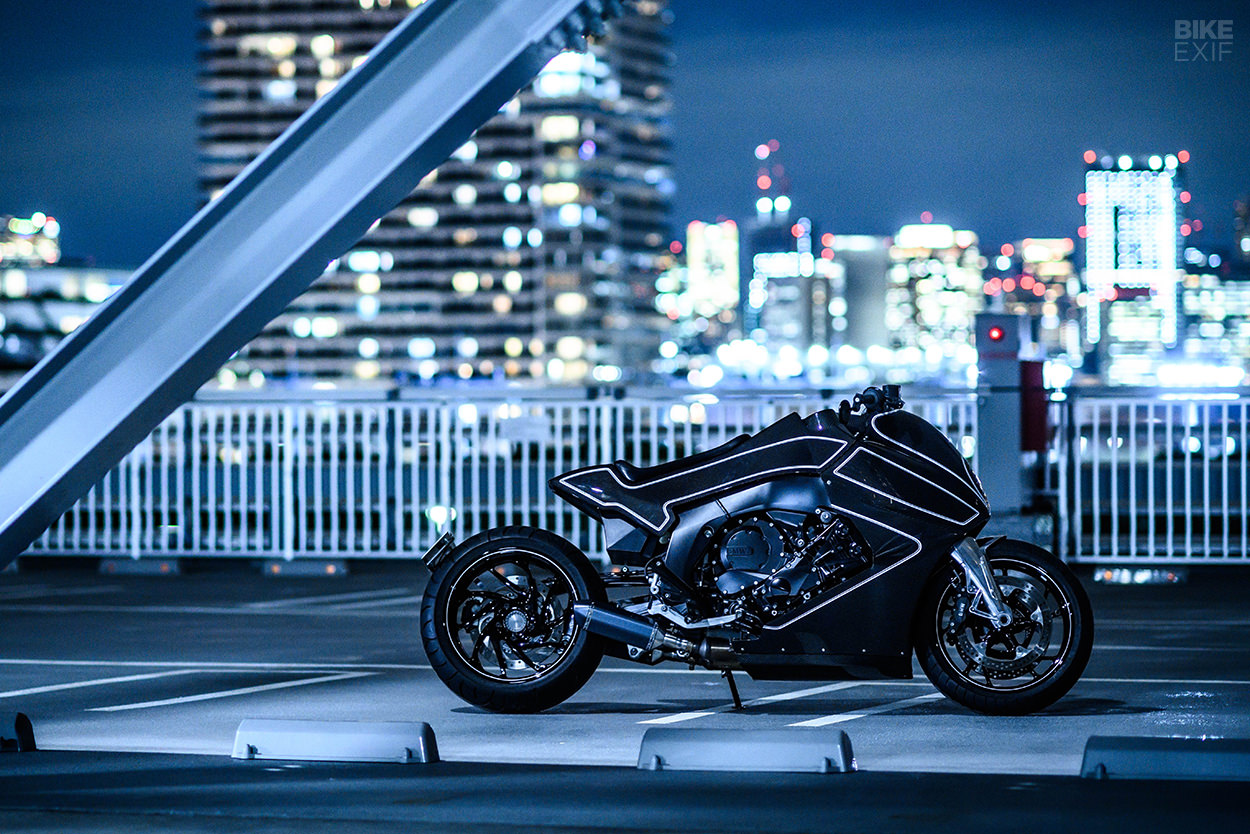 With that goal in mind, CW Zon took a leap of faith and purchased a 2019-model K1600 B with their own money to base the project on. That’s right, this project had no client—just a couple of Japan’s top customizers with a zany concept.

“The concept of the design and tuning is a luxury racer,” Yuichi explains. “The image of a quickly flying crow, like a stealth machine.” 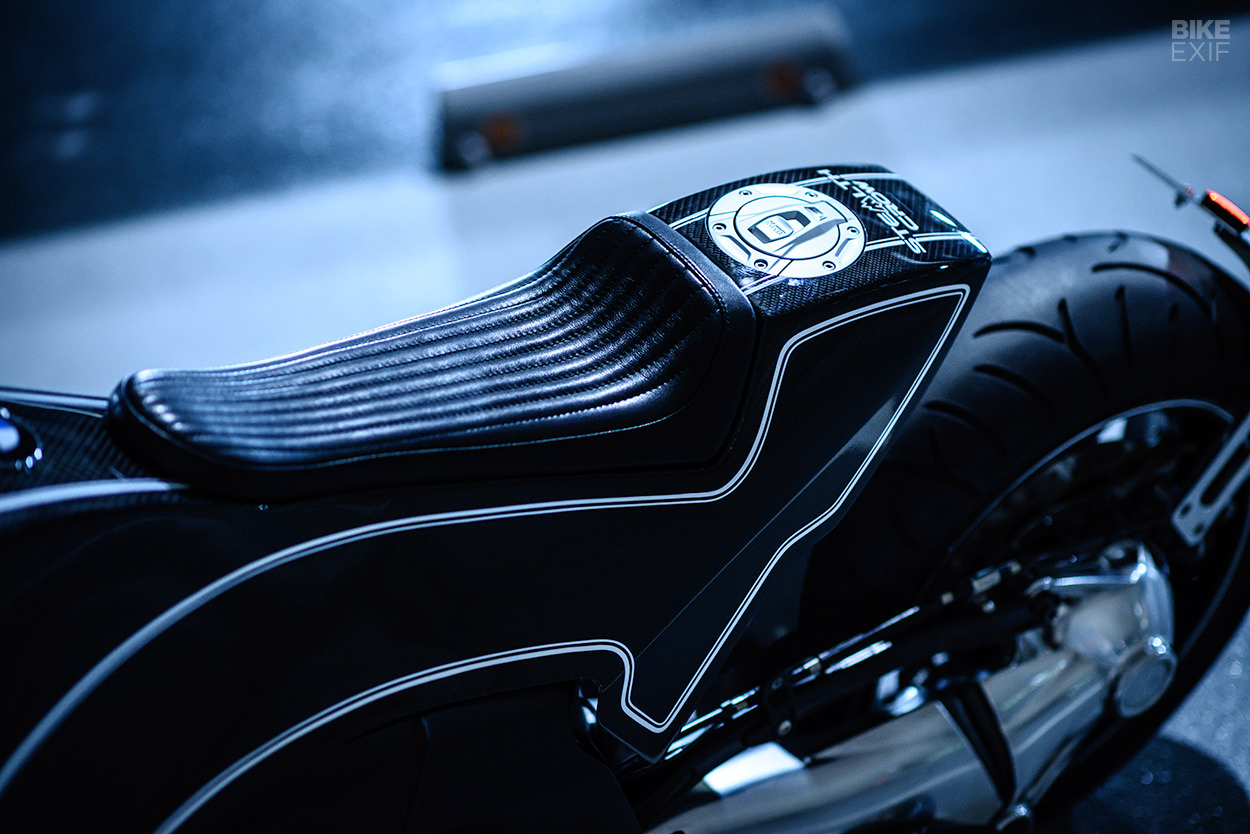 The project took the guys three months to complete, with the hardest part being designing everything to sit on the OEM frame.

In the process, the bodywork went through two iterations: an aluminum set that debuted with the bike at last year’s Mooneyes show, and the final carbon fiber set you see here. 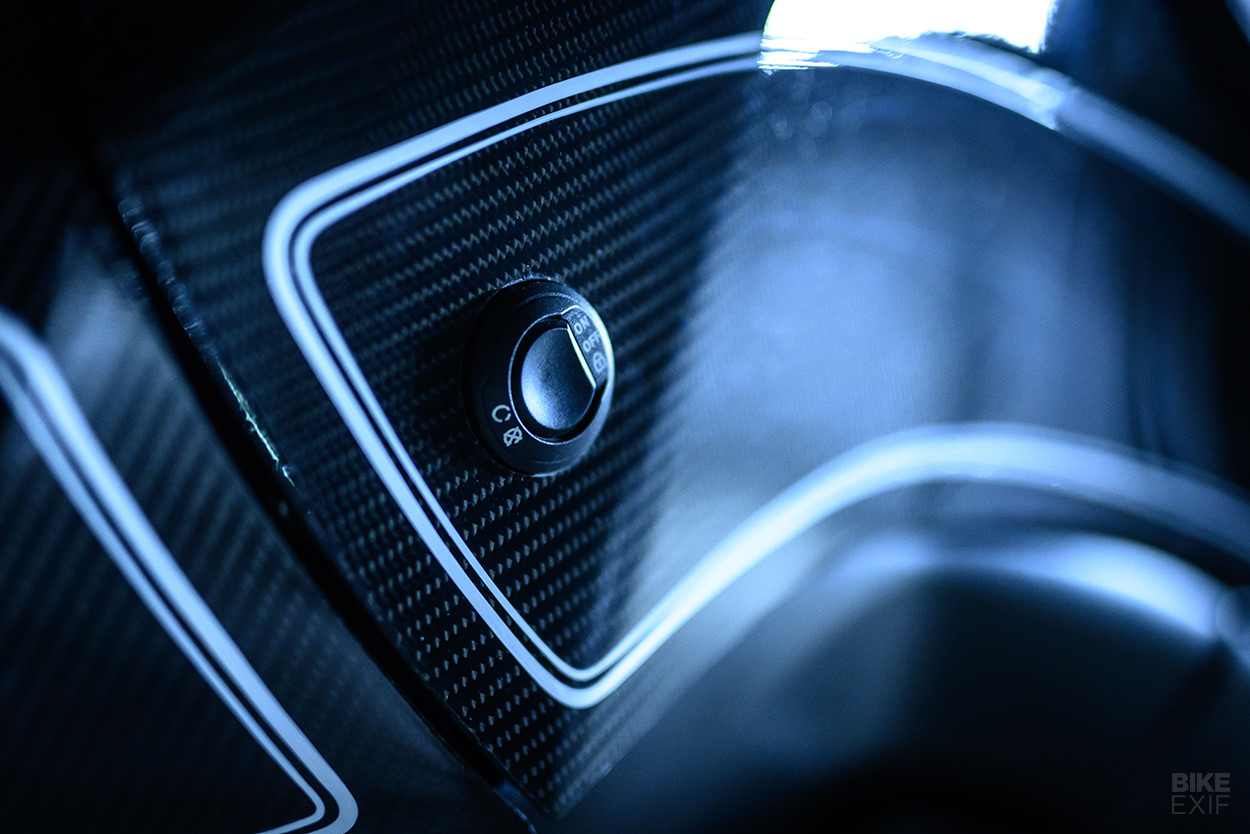 From a distance, the K looks like it’s somehow wrapped in a monocoque structure. But it’s actually covered in multiple panels that sit tightly together. Yuichi and Yoshikazu worked closely with Studio Allica, a nearby custom auto specialist, to create the carbon fiber forms.

It’s a huge departure from the K1600 B’s original silhouette—but it’s also clever how CW Zon have incorporated all the necessary accoutrements. 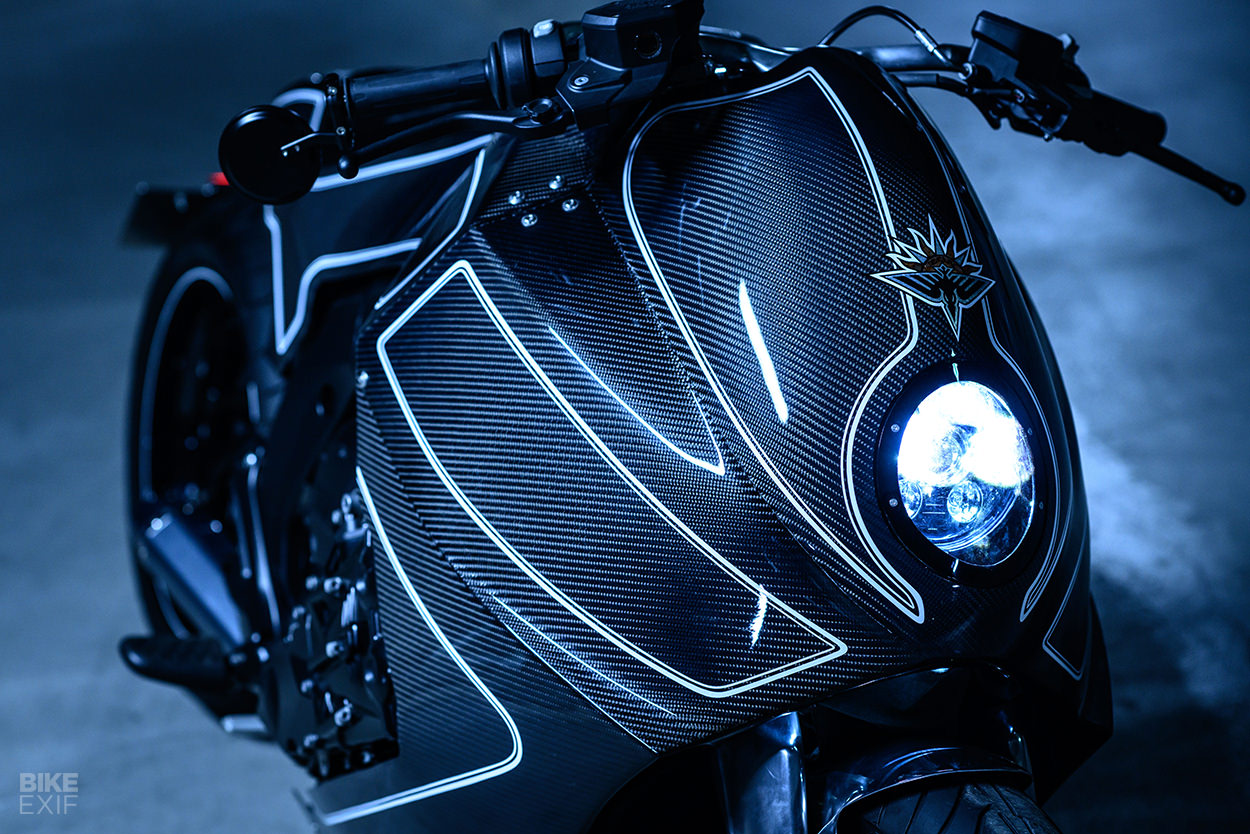 There’s an LED headlight embedded in the main cowl, and just behind it, a set of custom-made handlebars that mount directly to the steering stem.

Further back, the original dash has been integrated into the area behind the bars. (The BMW’s keyless start button now sits on the left side of the bike.) 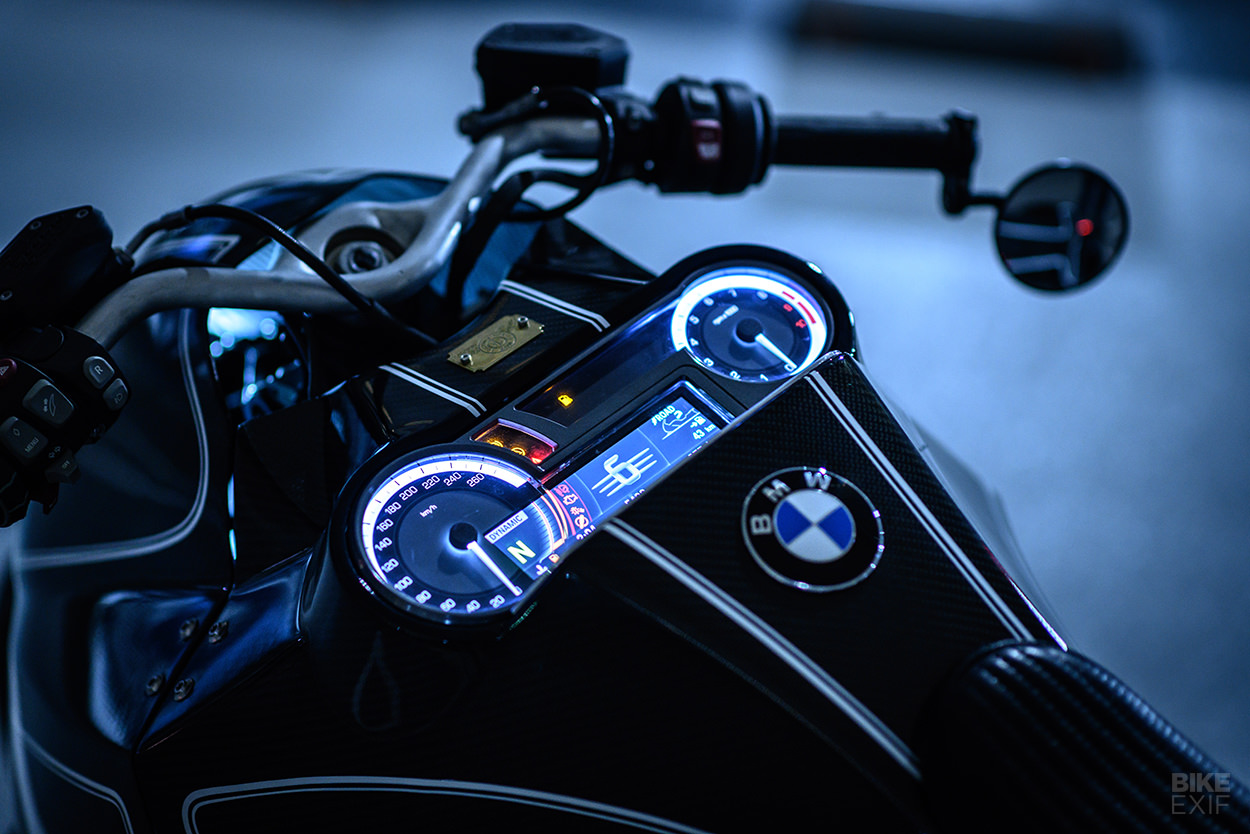 Next up is an original BMW roundel, followed by a slim, pleated seat from Skunk with a subtle kick in the rear.

CW Zon have also built a new air intake under the hood, then capped off the stock exhaust headers with a pair of custom, sportbike-style mufflers. The tail end is capped off with the original BMW fuel filler cap, which provides access to a custom-built reservoir sitting under the bodywork. 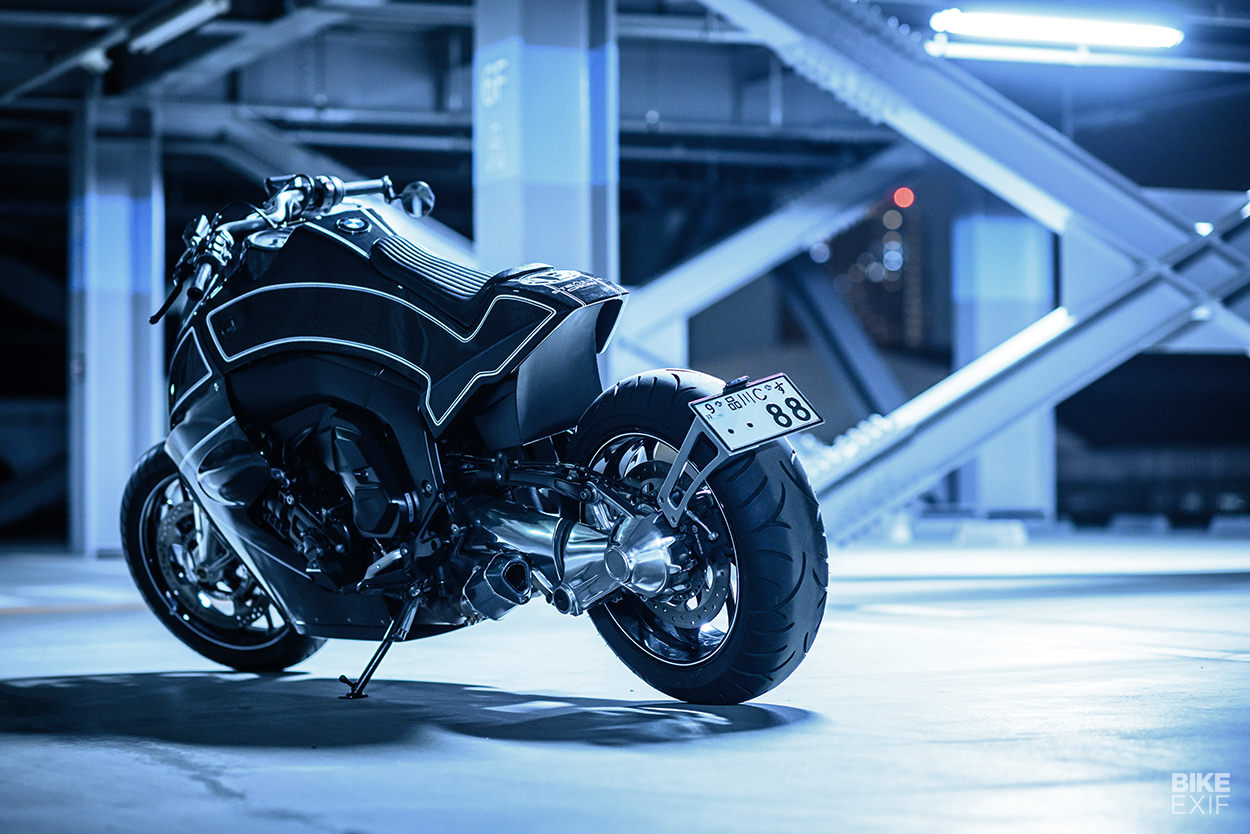 There are a few smaller details that you might miss at first glance. CW Zon stripped the forks and swing arm of their black finishes, and polished them. Then they fabricated a new front fender, and a bracket out back to hold the plate and taillight. 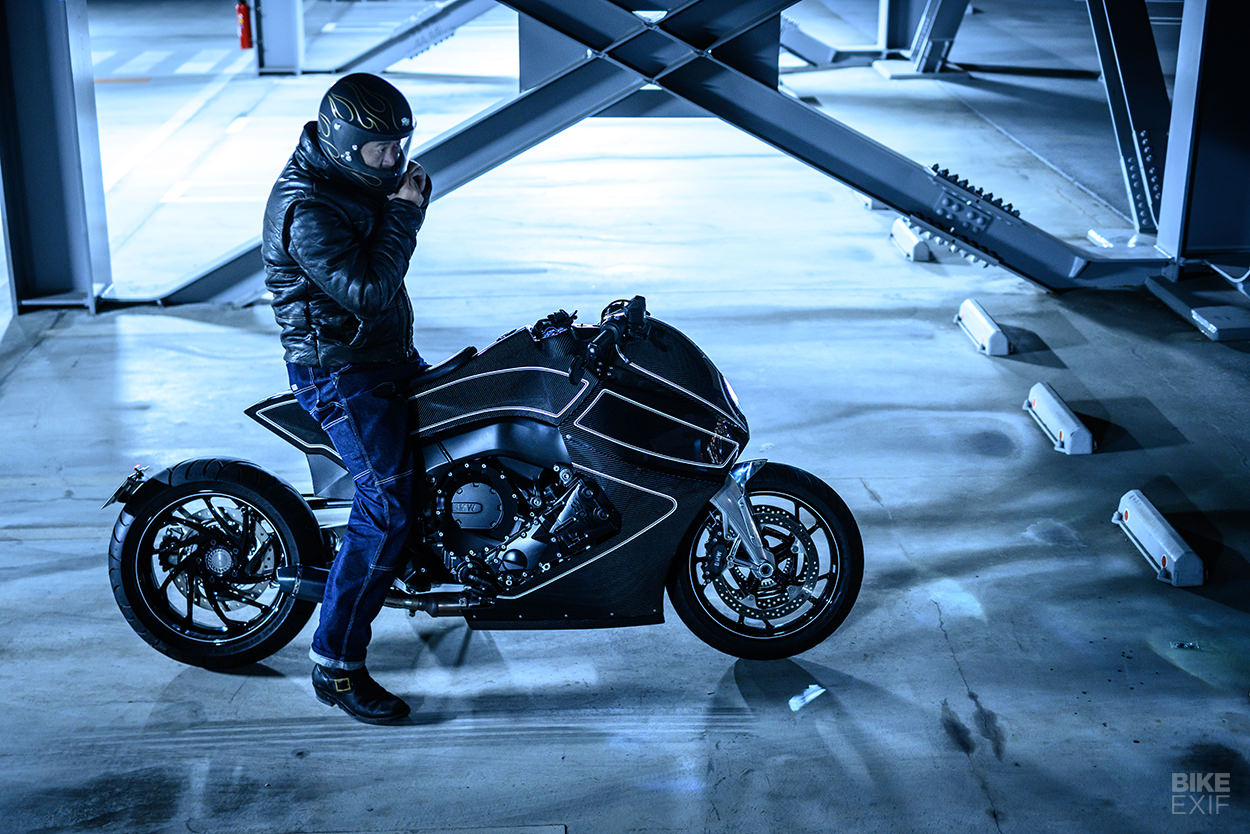 CW Zon have a habit of building motorcycles that are way ‘out there’—like this Buell S1 Lightning from seven months ago—and Stealth Crow fits the mold. Its stance and riding position are far more aggressive than any other K1600—and it’s surely shed a few pounds too. 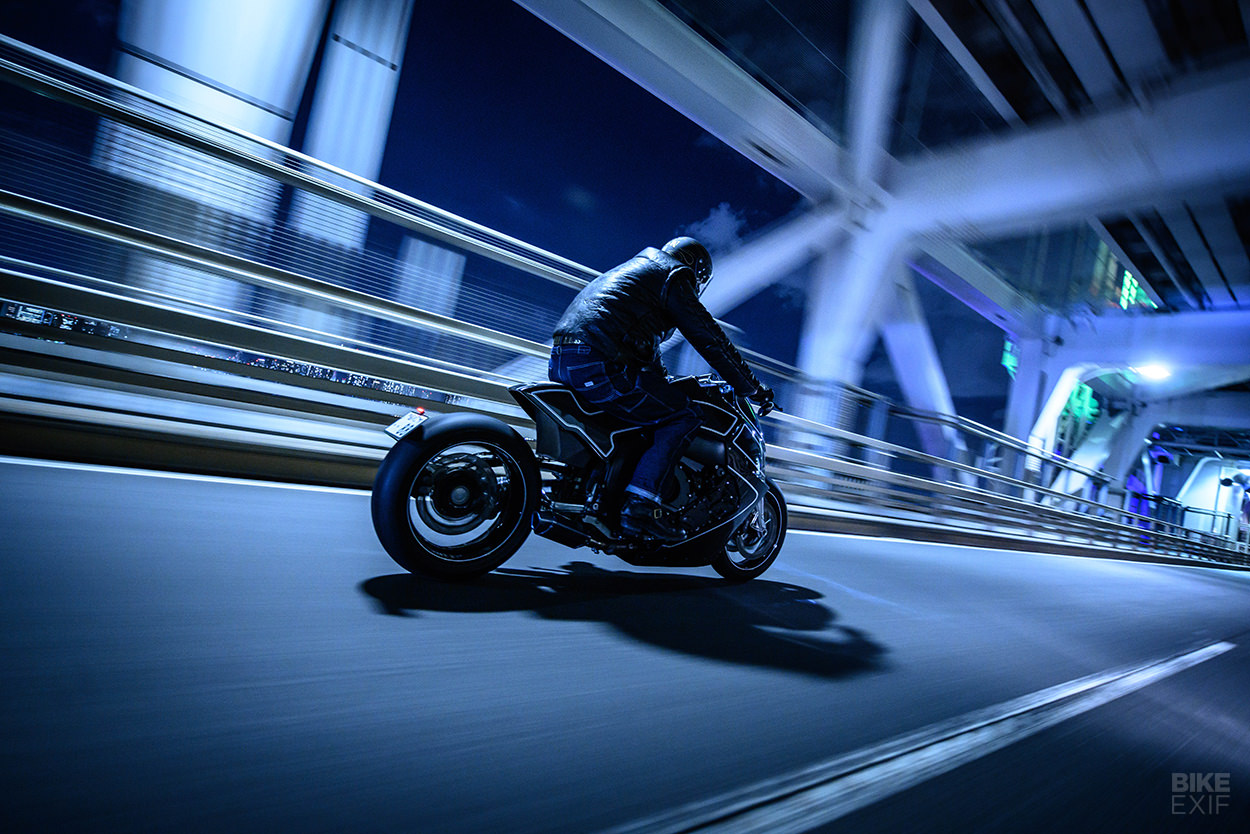