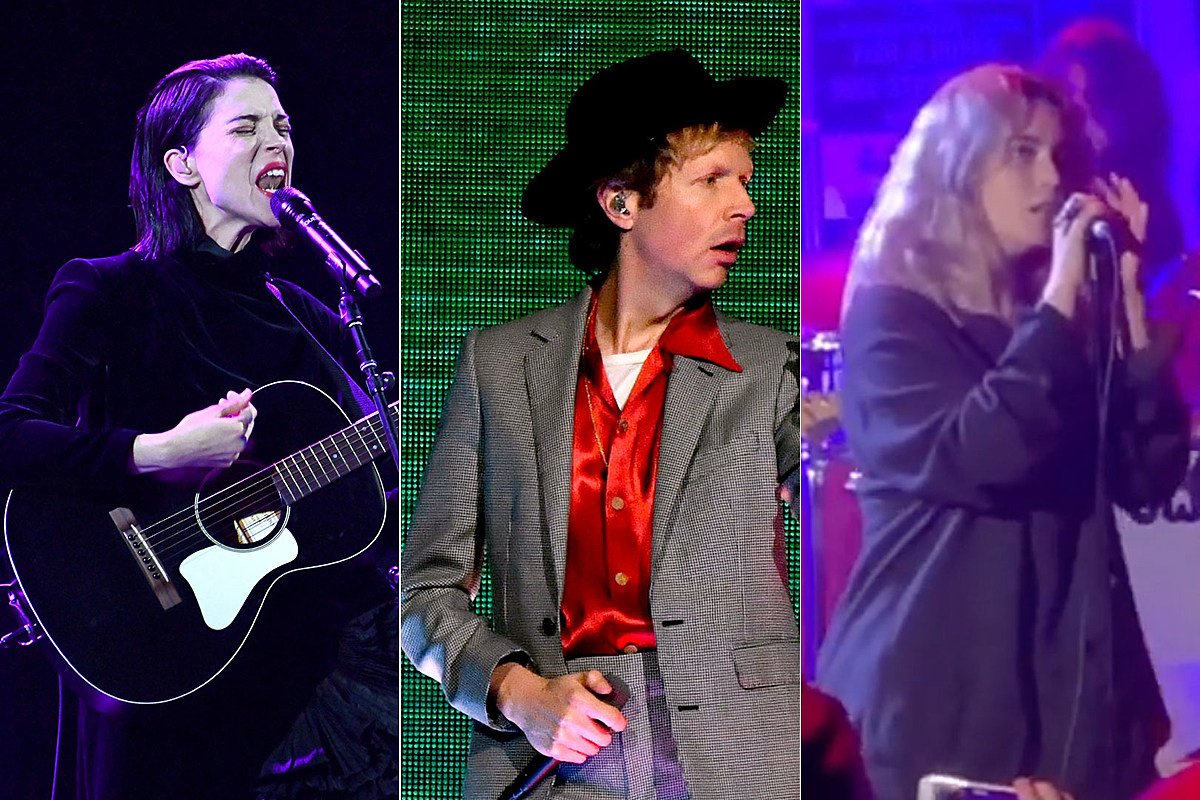 The three living members of Nirvana — Dave Grohl, Krist Novoselic and Pat Smear — were advertised as headlining the Art of Elysium benefit over the weekend, but the big question was who would sing? It turns out the trio cherrypicked from other acts on the bill and kept it in the family with Dave Grohl’s daughter also taking on a song.

The five-song set took part during a larger musical benefit taking place last night (Jan. 4) at the Palladium and marked the first time the trio had played Nirvana music since their Cal Jam ’18 encore during Foo Fighters headline performance. Assisting the group during the performance were Beck, St. Vincent and Grohl’s 13-year-old daughter Violet.

St. Vincent handled vocals, with Beck playing guitar during the set-opening «Lithium.» Beck then stepped up to take lead vocals with some assistance from St. Vincent on «In Bloom.» Beck also led «Been a Son,» before Grohl’s daughter came out to sing «Heart-Shaped Box.» Finishing out the set was Nirvana’s David Bowie cover, «The Man Who Sold the World,» with Beck once again leading the track.

See some of the clips that have turned up on social media of the performances below.

See Nirvana in the Top 30 Grunge Albums of All Time