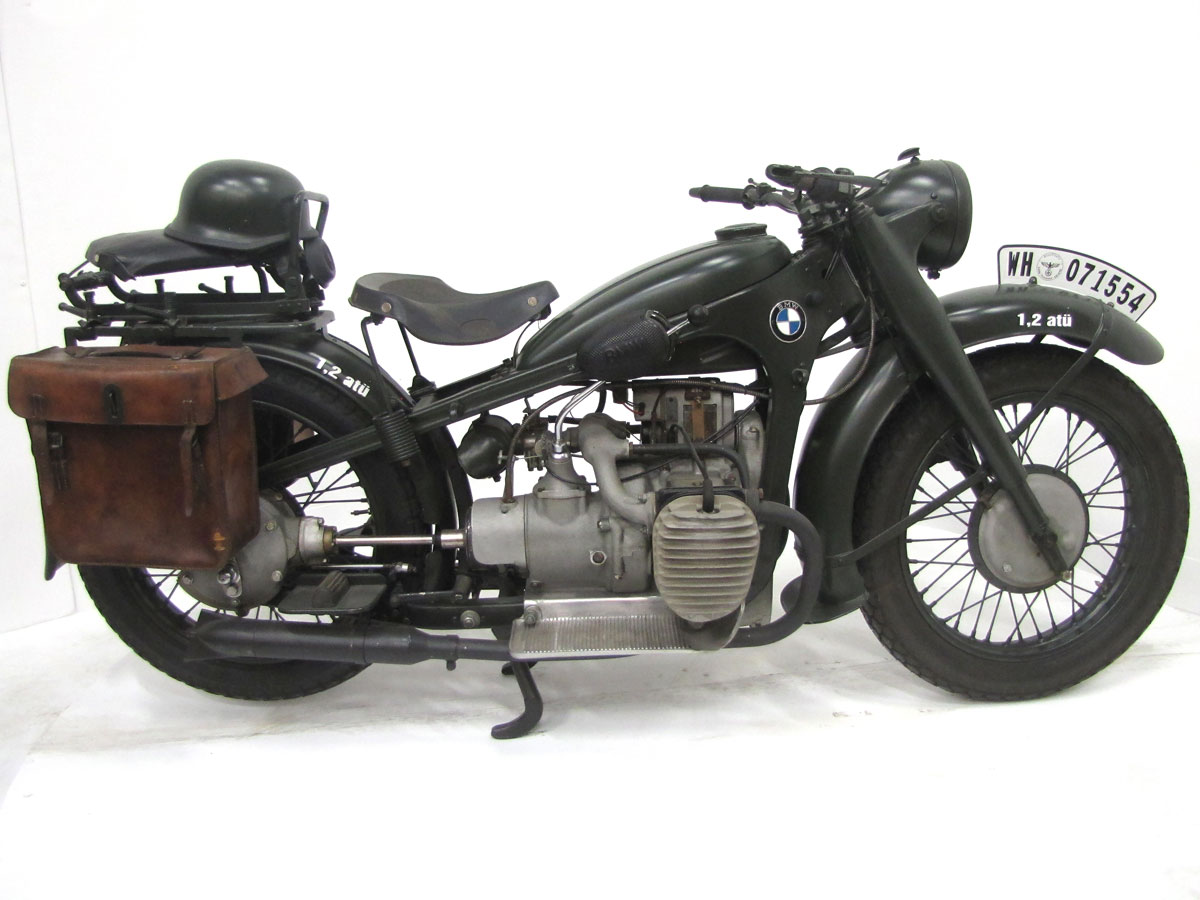 The BMW R12 together with the later R75 epitomize the World War II military motorcycle celebrated by Hollywood and the popular press. Heavy but tough, fast enough, and essentially bullet proof.

From its beginning in 1935 to the R-12’s demise in 1942, BMW built nearly 30,000 R12s. The majority were civilian models conscripted in 1939 with another 10,000 units specially built for the Wehrmacht police and combat units. As an early adopter of electric arc welding, BMW was able to speed up considerably the manufacturing process – particularly welding frames – and the company never looked back. As it happens, the R12 was their most prolific BMW model until the R75/5 of the 1970s. Many believe the R-12 to be the first motorcycle with true hydraulically damped telescopic forks.

From the heat-soaked desert of North Africa to the frozen steppes of Russia, the R12, both as a solo and sidecar rig, performed the role of messenger carrier, field scout and even carried at high-speed infantrymen under fire on the front line. It could even plow through 10 inches of water. Eventually, the R12 was eclipsed by the purpose-built R75, or “war elephant” military machine launched in 1942.

The R12, with “R” BMW-speak for “roadster,” used a somewhat conventional air-cooled, 745 cc side-valve boxer motor in a pressed steel frame, with Cardan shaft drive and employed many high quality components. It was strong and reliable under all conditions. Because of this it was copied around the world once the fighting had come to an end.

This BMW is one of many military motorcycles from America, England and Germany on display at the National Motorcycle Museum. It is on loan from the Jill and John Parham Collection.